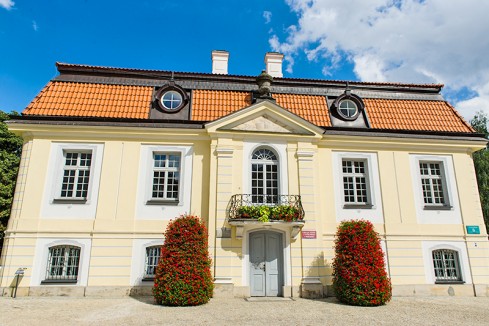 The place of birth of Esperanto language, the Polish capital city of ballooning and puppet show that is located in north-eastern Poland – Białystok.

This city, similarly to Rome, lies on seven hills. It is one of the “greenest” cities in Poland – about 32% of its territory is devoted to nature. There is almost 1500 ha of forests that along with parks create a particular microclimate.

Białystok has an unusual, triangle-shaped old market. For the convenience of citizens, it is covered with the cobblestone. However, it is also an obstacle for additional decorations such as flowers. This problem was solved in 2013 thanks to Flower Towers. Now the city is truly green.

The programme of planting the city is realised every year and currently, Bialystok is decorated with hanging constructions, Flower Towers and with the flowerpots with perennial plants. We’re satisfied with the effects we’ve achieved because thanks to this programme, Bialystok has become more colourful and beautiful.

Monuments are characteristic of Polish places. They create the character of them along with the architecture, so they need a proper decoration. The John Paul II monument in Białystok and its surroundings required it. Planting of this place occurred to be an easy task.

A facade of a building

John Paul II Square in Białystok and the monument of the Pope were the places without greenery. The area was grey and monotonous. The surroundings of the town hall also needed some attractive decorations. The building in light colours didn’t distinguish itself, so it was necessary to accentuate it.

The square in the heart of Białystok is designed in an aesthetic architectural style but without flowers it could be seen as overwhelming and unfriendly place.

The municipal authorities have decided for hanging models of Flower Towers. Additionally, they have also chosen standing constructions to decorate the area around the John Paul II monument. The whole arrangement of the heart of Białystok has gained elements pleasing to the eye.

The bigger models H400 have been chosen to decorate the city hall because thanks to their sizes, they have looked perfect next to such a building.  The natural decoration has created a floral entrance to the city hall.

Providing flowers into the urban space covered with cobblestone may seem to be difficult. But looking at the effect that has been achieved in Białystok, you can see that such places can be full of nature as well. Flower Towers are the best solution.

The programme of planting the city is realised every year and currently, Bialystok is decorated with hanging constructions, Flower Towers and with the flowerpots with perennial plants. We’re satisfied with the effects we’ve achieved because thanks to this programme, Bialystok has become more colourful and beautiful. 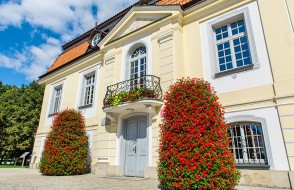 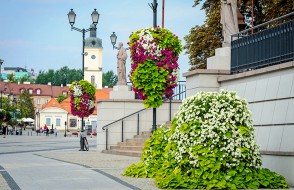 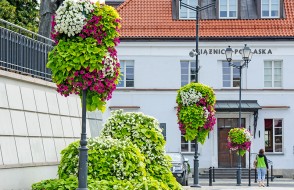 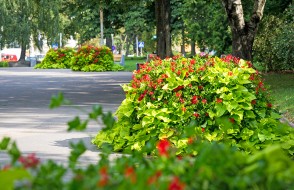