It is said that if you visit Aachen, you’ll see the whole Europe. Friendly atmosphere and contrast between old buildings and bustling street among them makes this city a special place on the map of Germany.

Aachen is the city of three nations. It’s on the border of Belgium and the Netherlands, and a legendary openness of inhabitants allows for the free movement of cultural values.

The fact of naming one of the biggest junctions in the city “Europaplatz” shows how important European thought is for the citizens of Aachen. This is the place where the roads diverge on the four sides of the world: to France, to Poland, to Austria and to the northern Germany. The huge roundabout with a fountain in the centre is another modern symbol of the city which decoration was significant for municipal authorities.

Greyness around the fountain

The busy roundabout with a fountain was quite a decorative challenge. The space of Europaplatz was lacking in flowers, and the proximity to the street was an additional difficulty with planting and caring. Such an important place for this region didn’t look representative and aesthetic. Moreover, it seemed to be empty, grey and monotonous. Due to heavy traffic it was crucial to provide solutions that would be not only effective but also wouldn’t require excessive maintenance.

The wide space required special decorations that wouldn’t have been lost on the background. Europaplatz in Aachen was a perfect place for Flower Towers H2400 that were situated around the fountain.

These big models of Flower Towers have emphasized the size of this enormous roundabout without disturbing the comfortable ride. Now this place is one of the most attractive points in the tour city by day and night. 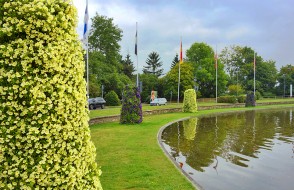 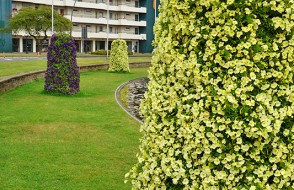 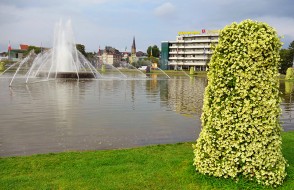 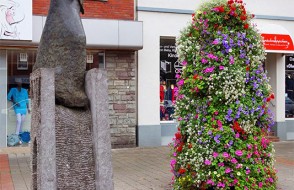 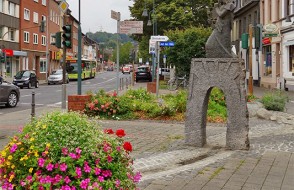 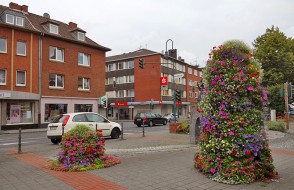