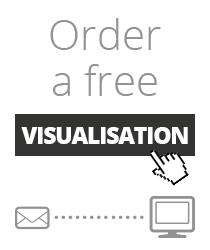 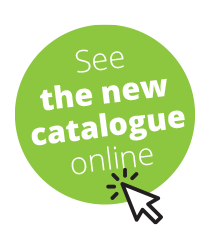 If you want to receive a free Terra catalogue, submit your contact data and send it to us. All the materials will be delivered by courier serivce. 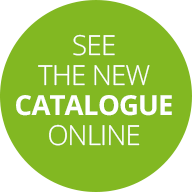 Kruszwica blazes a trail – as the first town in Poland, it has decided for decorating urban space with one of the biggest flower towers. This huge floral decoration has appeared in the very heart of the town and become one of the best features of a recently renovated town square. 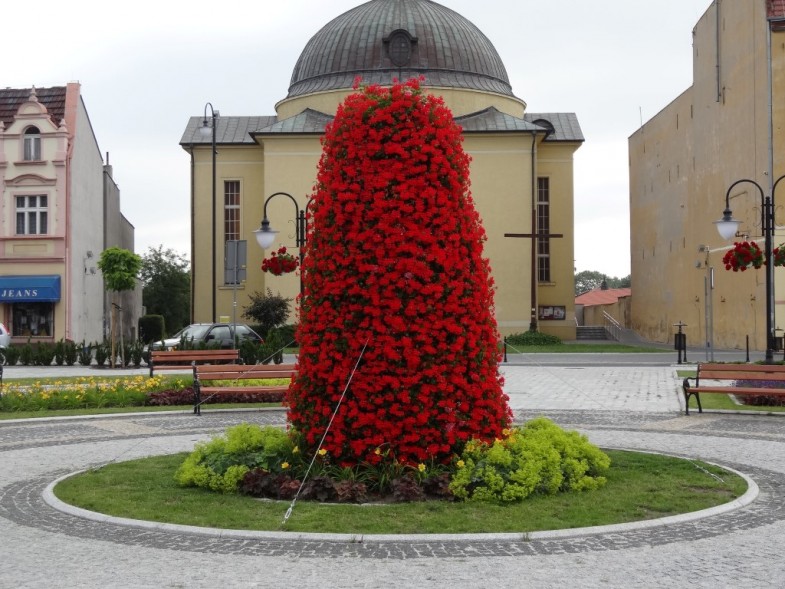 The new image of city centre

The town square in Kruszwica was thoroughly renovated in 2014. The effect of this work is an aesthetic centre with an oval square with benches and street lamps. The refreshment of the city centre image is always connected with providing natural elements, so in its central part appeared a place for greenery. 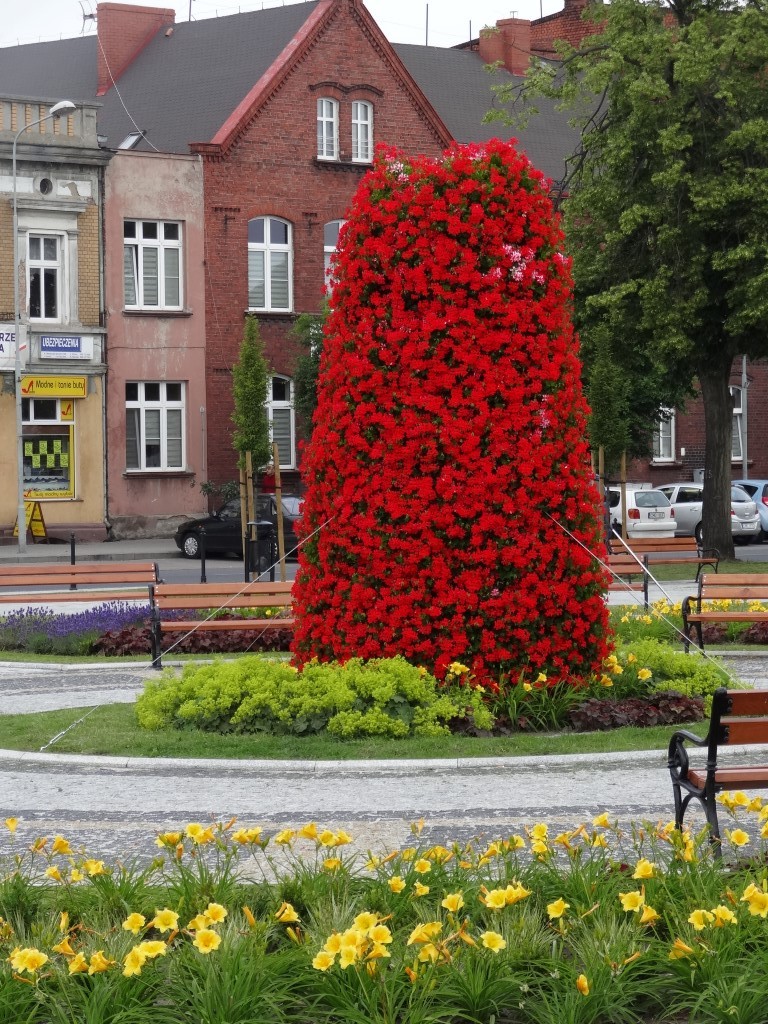 The heart of the city is a wide town square that wouldn’t be perfect for minimalistic decorations. Only an enormous planter for urban spaces could distinguish on the background of cobblestoned pavements and grass. The municipal authorities in the town of Kruszwica have decided for the innovative model of Flower Towers that is 3 metres high. Despite of its size, this construction is characterised by its stability and resistance to vandalism. Steel lines give additional stabilization. 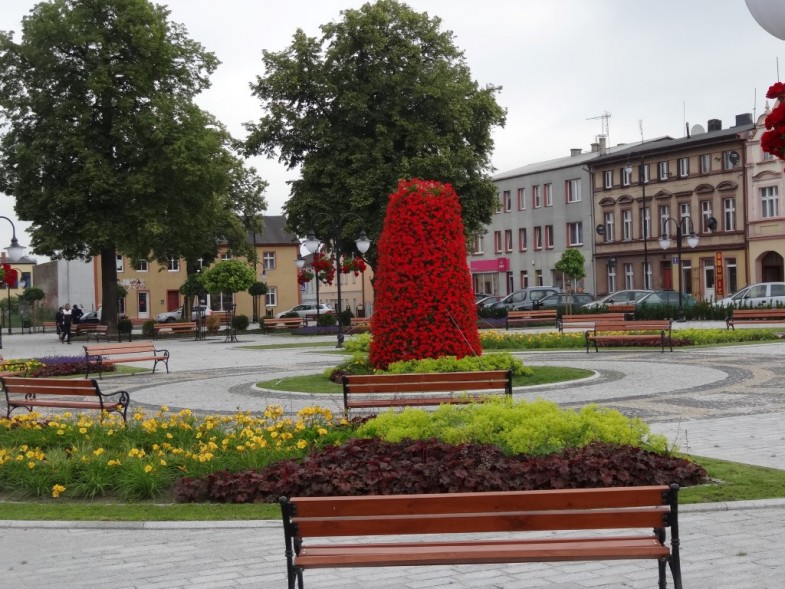 Flower Tower H3000 has got 15 rings that may contain over 200 seedlings. This town chose red pelargonium. Due to optimal grow conditions, these flowers grew so fast that they covered the entire construction. 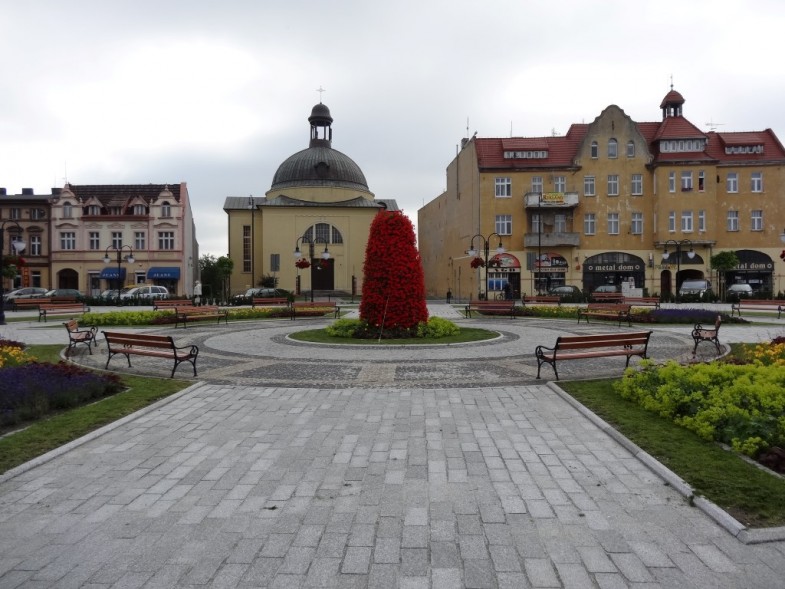 The first such high flower tower has stood in Kruszwica. It’s a imitable precursor of positive changes in our urban space. An impressive effect is worth repeating in other towns and cities! 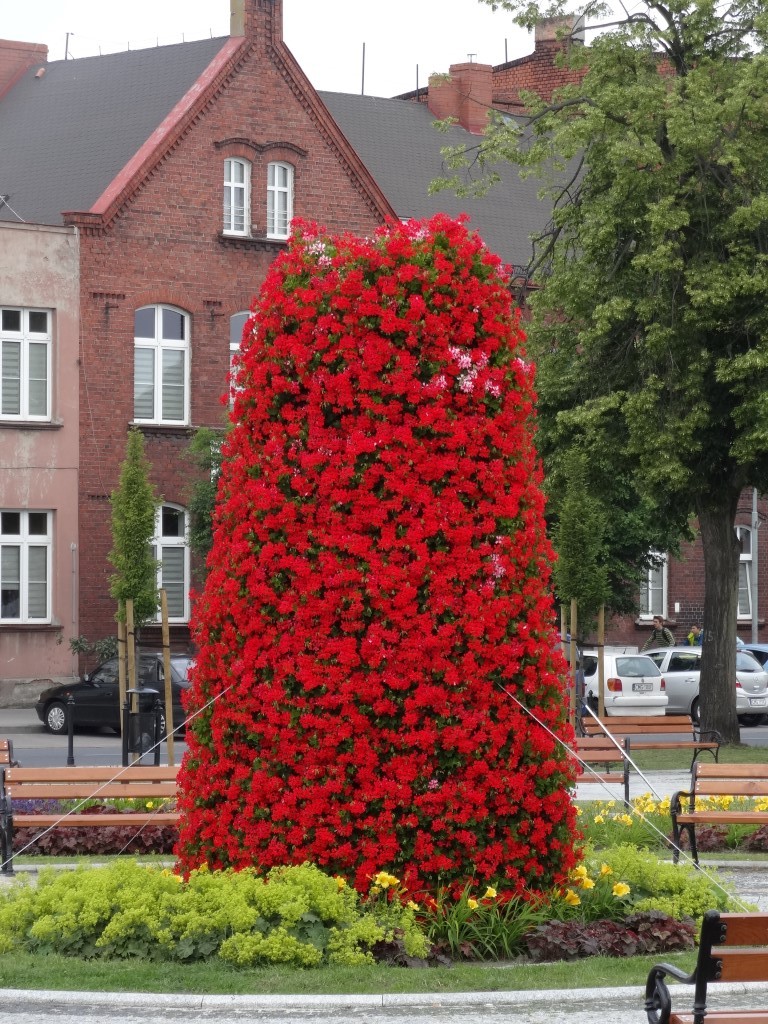